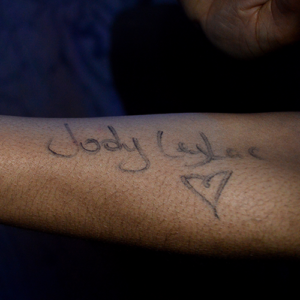 When the moment arrives to step on stage, the bones in my fingers start to ache and everything is calm.

Before that, everything is chaotic!

Guitarist?… Houston, we have a problem!

How am I supposed to do an acoustic show with no guitarist?

Last Week I mentioned in my previous post that something always goes wrong. Here I was, mentally and physically prepared for a show that was supposed to happen in a week and then BOOM!! I have no backing musician. The venue that I was booked to play didn’t allow performers to showcase without live instruments so there was no way I could just stroll into Shrine on show day with a DJ and expect to perform.

Back to planning mode! The race to find someone was on; the deadline was a week away!

Then something happened, the cosmos aligned and everything fell into place. Ha! Not really! This is how it really happened.

I started calling and messaging everyone I had a connection with musically and asked if they knew anyone who played an acoustic guitar. Musicians tend to run in tight circles, so one drummer might know a bass player and that bass player might introduce you to a pianist, the possibilities are endless when it comes to who is connected to whom.

I had met a drummer, Peter J. Patrick, a few weeks before and fortunate for me he knew someone who played the guitar, his very own cousin. After passing on the contact information for Keith Johnston, I immediately made contact and we set a date to rehearse.

His talent instantly blew me away; I was left in awe after he played the first song. We went through the set list flawlessly, him playing his guitar and me singing, in Greeley Square on 34th street. Feeling like a weight was lifted off my shoulders, I began to feel very confident and excited about the show. Rehearsal went absolutely great and I was flying on waves of euphoria. After we went our separate ways, I immediately called and thanked Peter, he had pointed me in the direction to Keith and I couldn’t have asked for a better guitarist on such a short notice.

I was finally ready for performance day.

The day had finally arrived, I went through my preparation routine and all that was left was hair, makeup and getting to the venue. I am a very hands-on person and I like things to work out as planned or something close to what was planned, however, life had another plan. After doing my makeup, thanks again to the million tutorials that I watched on Youtube, I was ready to hit the road. CD’s in one bag, Merchandize in another bag, stage outfit and other essentials in another bag, I was lucky to have my aunt there to help me lug everything around.

With no car, because who really needs a car in New York, I went to get on the train. Before you think, ‘Well, that was easy’ let me first remind you that the day of the show was on a Sunday. If you don’t know how the train system runs in New York let me enlighten you; during the weekends, not every weekend, just mostly the ones when I have somewhere to go, the MTA, likes to do construction. This means that a bus replaced the train that I was supposed to get on for half of the trip, this added on 45 more minutes to a trip that was originally 35 minutes.

There I was, sitting in traffic on a bus, waiting to get to the train station to continue my now hour and twenty-minute trip, I began to slowly descend into freak-out mode.

I’m a planner, and I take pride in planning, so when things start to get a bit tight after I’ve given it a lot of leeway to avoid hastening, I begin to worry. My original set time of arrival at the venue was 7 pm, my performance time slot was 9 pm to 10 pm, I was still sitting on the bus at 6:45 pm.

A mantra I kept repeating in my head!

Detaching from reality for a moment to calm my mind, the bus slowly pulled into the train station and I was now finally on the last leg of my journey. I arrived at around 7:45 pm. Keith and I had a quick run through of the songs which ended up being my final vocal warm up then, it was time to hit the stage.

That day I learned 3 valuable lessons:

This is my advice to you, no matter what happens in life to derail your goals, if you keep going for what you want and keep your eyes on the prize, you will achieve anything you set your mind to.