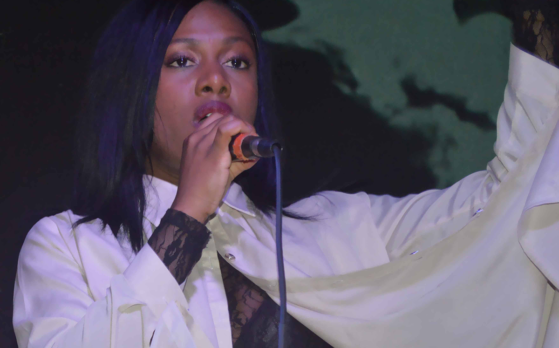 My Reason For Living

On February 11th, 2016, I embarked on a journey that has changed my life. I landed yet again on American soil, reluctantly leaving the beautiful Island of Japan behind where I lived for four years, to come back to the United States to pursue my dreams. I was mentally and physically prepared to withstand the beating that I knew I would get for wanting to follow my own path. Nothing could deter me, I was ready.

Ready to sacrifice my time, mind and body for what I believed in, for what I know I came on this earth to do; Music.  Music to me means life, without music I don’t think that I would be alive. Everything I do, I do it for my music. From living in Chicago and New York simultaneously to renting Air BnB’s, sleeping on couches, invading my aunt’s apartment and working myself to the point of exhaustion, I was determined to finalize and release the ten songs that I had recorded while living in Japan.

To build a brand around my music, I needed visuals which included photos, business cards, videos and promotional materials which would create a buzz and lead to radio plays, magazine features, newspaper features, live shows and eventually a tour. I was clueless as to where to start. so I read as many books, blog posts, forums and articles as I possibly could to give me some direction on what to do.

Gathering information from everything I read, one particular strategy stood out to me, it advised me to make a map, blobs on a paper that connect to each other, instead of a traditional to-do list. Our minds do not think in the form of lists, so forcing the mind to think of lists to write automatically shuts down the part of the brain that needs to contribute ideas. My top priorities, album design, press kit and business cards just to name a few, were in big blobs on a sheet of paper, and from those big blobs came smaller branches of blobs. For example, for the album, I needed photos, a booklet, and a design to bring them together. To break that down even further, I needed a photographer, a makeup artist and retouched photos just to begin the first step, which was to get photos.

With every goal, there will always be an obstacle, my obstruction started from the very beginning. At the start of the production, I was living in Chicago, other than my extended family, I knew no one. I was faced with the challenges of finding a photographer and makeup artist in a place where I couldn’t tell you the name of the street next to the one that I was living on. Like any normal person would do when they’re searching for services, I turned to craigslist. I knew there were more creeps than actual people looking for real business on the site so my task was to filter out the snakes and get to work so I could meet the deadline that I had set. I emailed about 10 photographers that were relatively close to where I was living, one replied, so we set a date. The easy part was finding a makeup artist, with the help of my sister I got in touch with someone. Everything was set and ready to go on a Thursday. I went to get my haircut on Tuesday so it would look amazing and photo ready by the Thursday, this was where the problems started. At the salon, the hairdresser couldn’t cut my bangs into the style that I wanted and ended up giving me a version of something that I never asked for while feeding me fibs. I left with a crooked Chinese bang.

Wednesday came and I reached out to the photographer to confirm our shoot for the next day and he told me that he wasn’t available to do the shoot anymore because his studio is currently being worked on and he couldn’t get in touch with his friend to use their studio and that he was sorry. I was left stranded, I had an expensive makeup artist and no photographer so I had to cancel. Back to square one with a messed up bang. I needed a new plan so I decided to do everything on my own. I owned a camera and I knew a little bit about doing my own makeup, I went into research mode.

The shoot was delayed for about a week more, my Nikon D3200 camera was being shipped with the rest of my household goods from Japan. I used that time to dive into Pinterest and learn all that I could about lighting techniques, makeup and camera settings. By the end of that research week, I was, in my mind, an expert. I practiced doing my makeup a million times until I got it to look how I envisioned. I went to Home Depot and bought lights to light the shoot, then I was off to Walmart to get a tripod to mount my camera, I was determined to get everything done while spending as little as I possibly could, I was on a tight budget and going over was not an option anymore since the photographer left me stranded.

The day that my household goods arrived, I was set up and ready to shoot by nightfall. The lighting turned out to be horrible, the flash cast an insane shadow but I was determined and I made it work. With the help of my family, I was able to get the pictures that I wanted but I knew that I would need some serious editing to get everything color corrected and album cover ready.

I went straight to google and looked up tutorials on how to retouch photos in photoshop, considering that my Bachelor’s was in Computer Graphics, I knew my way around photoshop but it had been a few years since I used the software and retouching was never one of my strong skills. With the help of several tutorials, some of which I had to translate from German, I was able to turn my photo into a professional piece of art that was album cover worthy.

Giving up was never an option, it was never even a thought. I had a goal and I was going to achieve it no matter what was thrown at me to obstruct my path. I finished the album design, released the album on all major platforms, with the help of the producer for the album, and things started to roll. One month after the album was released, I was contacted by Kevin Moore from Black Country Radio, a radio station based in the UK, he stated that my album had been chosen as the ‘Album of the Month’ for the month of May. I read the email about five times before I started screaming and jumping for joy. All my hard work was worth it in that moment; someone noticed my music and wanted to play it on their radio show, I was overjoyed.

Feeling great that my priorities were being checked off one by one, I booked my first live show and then shortly after, my second show! I was on cloud nine! In life, nothing comes easy and if you want something you have to fight to get it, with this said, the first show that I booked got canceled because the venue had unexpectedly closed, so my second show became my first. Things couldn’t have worked out more perfectly, I did the show with a DJ who is now a treasured friend of mine, without Kid Wonder, I don’t know how I would have been able to get through that performance. On July 16th, 2016, Freddy’s Bar and Backroom in Brooklyn became the first venue I performed live. With a handful of people in the room and a dog show/street fair going on outside, I sang my heart out for those who came out to see me. The joy I feel when I sing makes me elated that I have this wonderful opportunity to share my talent with the world. No matter how many hardships I run into, I will find a way to get out of it, nothing will stop me from singing my songs for the world to hear. This love for music is my reason for living.